Charity rescue groups and shelters for pets differ in two ways. With shelters, the local government usually funds them while rescue groups are mostly funded by donations and the majority of the staff have volunteered to work there. A number of the shelters put animals into foster homes, while a number of them are put in kennels on-site. There are rescue groups that do have on-site facilities whilst other don’t. The use of foster homes are used frequently whichever the case.

Where kennels have secured a contract with the local council to home stray dogs, these kennels are called dog pounds. A number of these dog pounds also rescue animals and rehome them so they are in effect rescue groups who run a pound service as well. Certain rescue groups are involved with dog pounds to move the dogs to rescues. The law states that any dog given in to a UK pound as a stray has to be kept for 7 days before it may be sent to a new home or euthanized.

Rescue charity groups are of the opinion that all breeds of cats and dogs should have love, a caring home as well as whatever medical help they may require for them to enjoy a good life, no matter their condition or age. They spend a great deal of time and effort to teach the public regarding being responsible pet owners as well as ways to end cruelty to animals, that happens in a number of countries, and ways they can assist to end it. They rescue the most desperate cats and dogs who really require their help. They pay for all veterinary treatment required, then rehome them into the right loving homes after which they keep an eye on their progress until they are assured that both the animal and the new owner are satisfied and happy.

There are a great number of foster home and charity networks that offer not only medical care but socialization as well as lots of support and love. There are also some foster homes that concentrate on the rehabilitation of animals presenting with behavioral problems or animals with special needs who were abandoned by their previous owners when they no longer wanted them. Once seen as unadoptable and therefore likely to be euthanized, these animals are instead offered the chance to live and thrive in an environment that is supportive after which they may be rehomed in new permanent homes. By fostering rescues, they are able to be evaluated which enables them to discover each animal’s characters so that a suitable forever home may be chosen correctly for them. 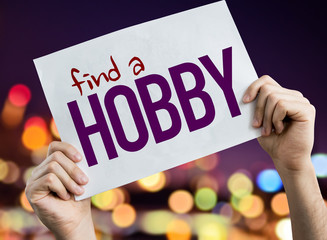